The First Decade of Freedom

After a long negotiation process, sustained despite much opportunistic violence from the right wing and its surrogates, and in some instances sanctioned by elements of the state, South Africa’s first democratic election was held in April 1994 under an interim Constitution.

The interim Constitution divided South Africa into nine new provinces in place of the previous four provinces and 10 “homelands”, and provided for the Government of National Unity to be constituted by all parties with at least 20 seats in the National Assembly.

The NP and the IFP formed part of the Government of National Unity until 1996, when the NP withdrew. The ANC-led Government embarked on a programme to promote the reconstruction and development of the country and its institutions.

The ANC emerged from the election with a 62% majority. The main opposition came from the NP, which gained 20% of the vote nationally, and a majority in the Western Cape. The Inkatha Freedom Party (IFP) received 10% of the vote, mainly in its KwaZulu-Natal base.

This called for the simultaneous pursuit of democratisation and socioeconomic change, as well as reconciliation and the building of consensus founded on the commitment to improve the lives of all South Africans, in particular the poor. It required the integration of South Africa into a rapidly changing global environment.

Pursuit of these objectives was a consistent focus of government during the First Decade of Freedom, seeking the unity of a previously divided society in working together to overcome the legacy of a history of division, exclusion and neglect.

Converting democratic ideals into practice required, among other things, initiating a radical overhaul of the machinery of government at every level, working towards service delivery, openness, and a culture of human rights. It has required a more integrated approach to planning and implementation to ensure that the many different aspects of transformation and socioeconomic upliftment cohere with maximum impact.

A significant milestone in the democratisation of South Africa was the exemplary Constitution-making process, which in 1996 delivered a document that has evoked worldwide admiration. So too have been the elections subsequent to 1994 – all conducted peacefully, with high levels of participation compared with the norm in most democracies, and accepted by all as free and fair in their conduct and results. Local government elections during 1995 and 1996, and then again in 2000 after the transformation of the municipal system, gave the country its first democratically elected non-racial municipal authorities.

Since 2001, participatory democracy and interactive governance have been strengthened through the practice of imbizo, roving executive council and mayoral meetings, in which members of the executive, in all three spheres of government, including The Presidency, regularly engage directly with the public around implementation of programmes of reconstruction and development.

The second democratic national election in 1999 saw the ANC majority increase to just short of two thirds and the election of Mr. Thabo Mbeki as president and successor to Mr. Mandela. It saw a sharp decline of the NP (then the New National Party [NNP]) and its replacement by the Democratic Party, led by Mr. Tony Leon, as the official opposition in Parliament. These two parties formed the Democratic Alliance, which the NNP left in 2001.

The Truth and Reconciliation Commission (TRC), under the leadership of Archbishop Desmond Tutu, helped inculcate a commitment to accountability and transparency in South Africa’s public life, at the same time helping to heal wounds inflicted by the inhumanities of the apartheid era.

During 2003, Parliament accepted the Government’s response to the final report of the TRC. Out of 22 000 individuals or surviving families appearing before the commission, 19 000 were identified as needing urgent reparation assistance – virtually all, where the necessary information was available, received interim reparations.

As final reparations, government provided a once-off grant of R30 000 to individuals or survivors who appeared before, and were designated by, the TRC, over and above the programmes for material assistance. There are continuing programmes to project the symbolism of the struggle and the ideal of freedom. These include the Freedom Park and other symbols and monuments, and such matters as records of history, remaking of cultural and art forms and changing geographical and place names.

The ethos of partnership informed the establishment of the National Economic Development and Labour Council. It brings together government, business, organised labour and development organisations to confront the challenges of growth and development for South Africa in a turbulent and globalising international economy.

The Presidential Jobs Summit in 1998 and the Growth and Development Summit (GDS) in June 2003 brought these sectors together to collectively take advantage of the conditions in South Africa for faster growth and development.

At the GDS, a comprehensive set of agreements was concluded to address urgent challenges in a practical way and to speed up job-creating growth and development.

Partnership between government and civil society was further strengthened by the creation of a number of working groups through which sectors of society – business, organised labour, higher education, religious leaders, youth and women – engage regularly with the President.

In the First Decade of Freedom, government placed emphasis on meeting basic needs through programmes for socioeconomic development such as the provision of housing, piped water, electricity, education and healthcare, as well as social grants for those in need.

Another priority was the safety and security of citizens, which required both transforming the police into a service working with the community, and overcoming grave problems of criminality and a culture of violence posed by the social dislocations inherited from the past.

Key economic objectives included job creation, poverty eradication, reduction of inequality and overall growth. There was much progress in rebuilding the economy, in particular with the achievement of macroeconomic stability and the initiation of programmes of micro economic reform. By the end of 2004, growth was accelerating and there were signs of the beginnings of a reduction in unemployment.

The integration of South Africa into the global political, economic and social system has been a priority for democratic South Africa. As a country isolated during the apartheid period, an African country, a developing country, and a country whose liberation was achieved with the support of the international community, it remains of critical importance to build political and economic links with the countries and regions of the world, and to work with others for an international environment more favorable to development across the world, and in Africa and South Africa in particular.

The South African Government is committed to the African Renaissance, which is based on the consolidation of democracy, economic development and a cooperative approach to resolving the challenges the continent faces.

South Africa hosted the launch in 2002 of the African Union (AU), a step towards further unification of Africa in pursuit of socioeconomic development, the Organisation of African Unity having fulfilled its mandate to liberate Africa. President Mbeki chaired the AU for its founding year, handing over the chair to President Joaquim Chissano of Mozambique in July 2003.

In 2004, the AU decided that South Africa should host the Pan-African Parliament and it met for its second session in South Africa, the first time on South African soil, in September of that year.

By participating in UN and AU initiatives to resolve conflict and promote peace and security on the continent – in among other countries, the Democratic Republic of Congo (DRC), Burundi and Sudan – South Africa has contributed to the achievement of conditions conducive to the entrenchment of stability, democracy and faster development.

Democratic South Africa has played an active role in international and multilateral organisations. During the First Decade of Freedom, it acted at various times as chair of the Southern African Development Community (SADC), NAM, AU and the Commonwealth Heads of Government meetings. It has played host to several international conferences, including the UN Conference on Trade and Development in 1996, the 2000 World AIDS Congress, World Conference Against Racism in 2001, World Summit on Sustainable Development in 2002, and the World Parks Congress in 2003. The country has also been represented on international forums such as the International Monetary Fund’s Development Committee and Interpol.

Through the New Partnership for Africa’s Development (Nepad), the development programme of the AU, South Africa continues to work with the rest of the continent and its partners in the industrialised world for the development and regeneration of the African continent. 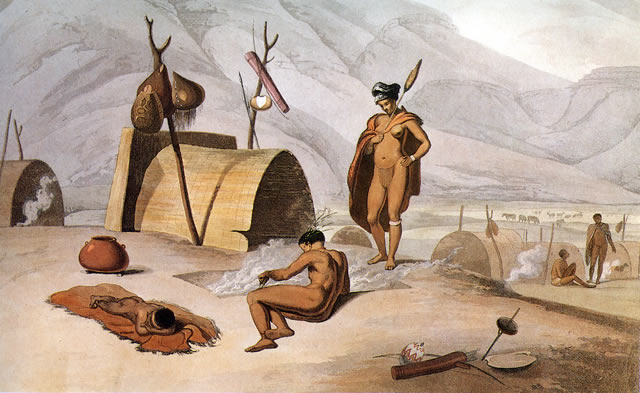 The discovery of the skull of a Taung child in 1924; discoveries of hominid fossils at... 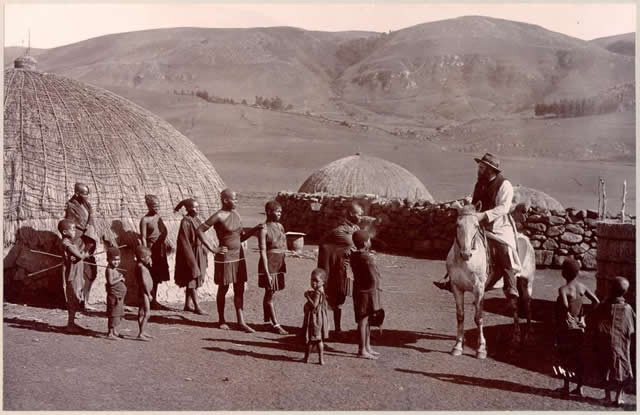 Portuguese seafarers, who pioneered the sea route to India in the late 15th century, were regular... 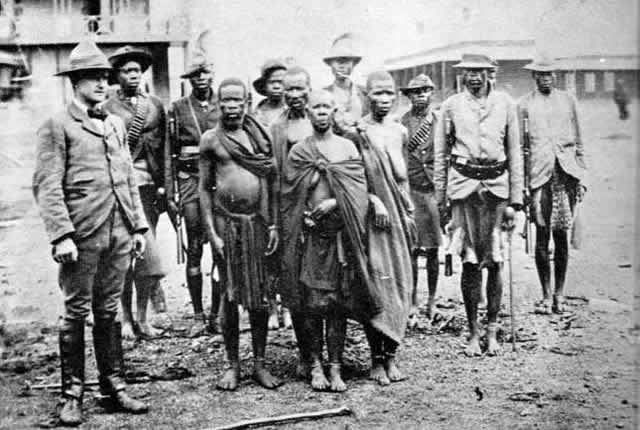 In 1795, the British occupied the Cape as a strategic base against the French, controlling the sea... 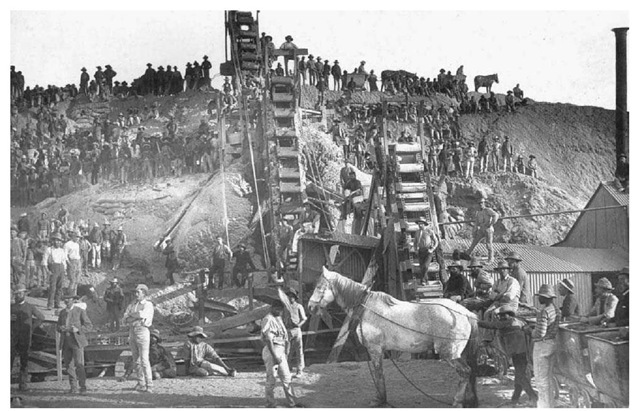 By the late 19th century, the limitations of the Cape's liberal tradition were becoming apparent....

The Anglo-Boer/South African War. The war that followed the mineral revolution was mainly a white... 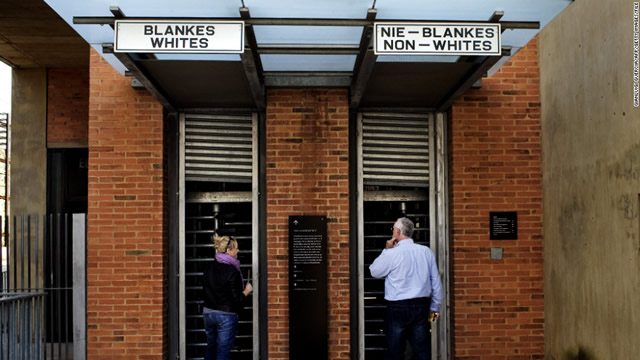 Government policy in the Union of South Africa did not develop in isolation, but against the...