Hlobane 20km east of Vryheid was the scene of a desperate struggle against the Zulu where Boer and Briton fought together in the Anglo-Zulu war.   It was on this occasion in 1879 that Zululand was attacked.  A column under command of Sir Evelyn Wood left Utrecht to move in. They were the troops that had taken the brunt of the war at Rourke’s Drift and included a column under the command of Gen. Sir Redvers Buller.  Commandant Piet Uys commanded the Boer forces which was a commando from Utrecht.

Piet Uys was the brother of Dirkie Uys that died with his father at eThaleni in  1838.   With the outbreak of the Anglo-Zulu war Piet Uys formed a commando of Boers to revenge the death of his family at the hands of the Zulu.

Piet Uys and his commando attacked the Zulu military kraal at Qulusi. On 28 March 1879 the British and Boer forces were cut off and surrounded by the Zulu on Hlobane Mountain. Uys was drawn into an ambush and killed along with about 100 men and officers.  Col Buller won the Victoria Cross for his bravery when he saved some of the men from the ambush.  A few years later, during the Anglo-Boere War, he became General Buller.  The remains of Piet Uys were buried on his farm Weltevrede near Utrecht.  During 1838 his friends and the men of the forces of Sir Evelyn Wood in Utrecht erected a monument in his honour. Another monument was later erected at Hlobane.  Uys’ oldest son turned.down  an offer of 14ha of land given to him and his mother by the British. He refused any payment for service during the war as well.  Ironically the name Hlobane means “beautiful place” or “the mountain that is covered in decorations”. 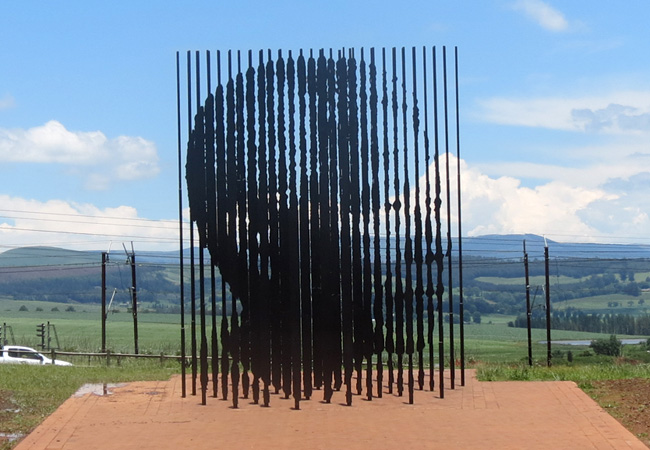 Geology The Drakensberg Mountains had their onqm some 200 million years. ago when a vast landmass... 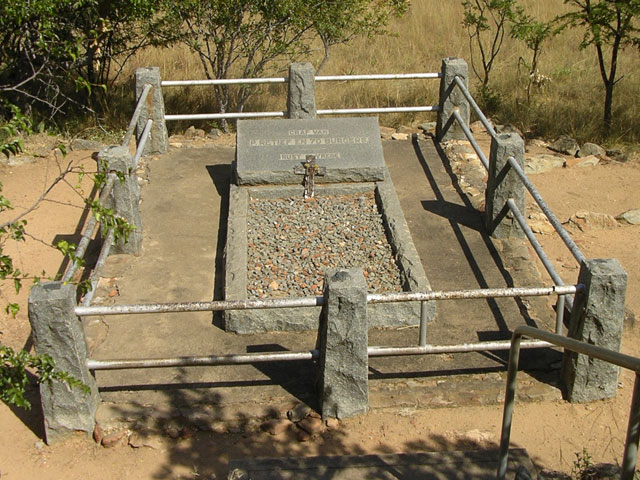 The treaty under which the Voortrekkers received land from Dingane was signed on 6 February 1838.... 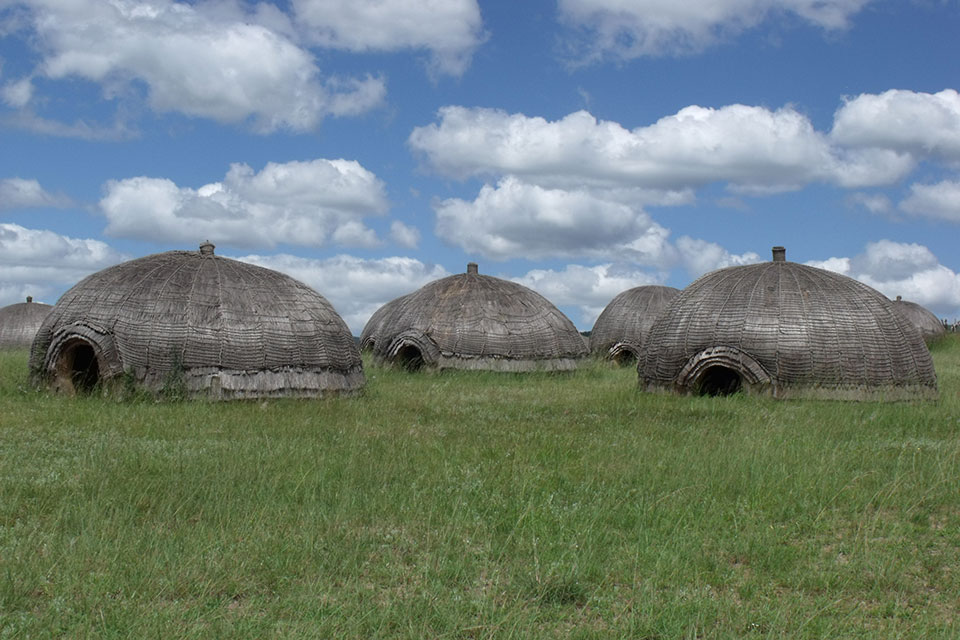 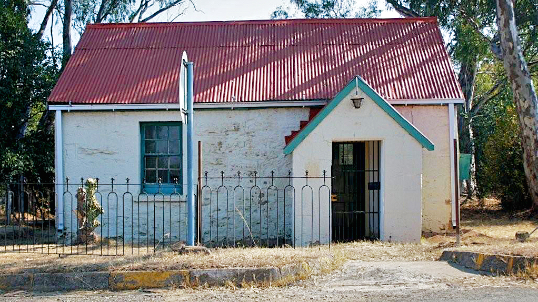 The R E  Stevenson Museum was established in 1974, and is devoted to the history of the town and... 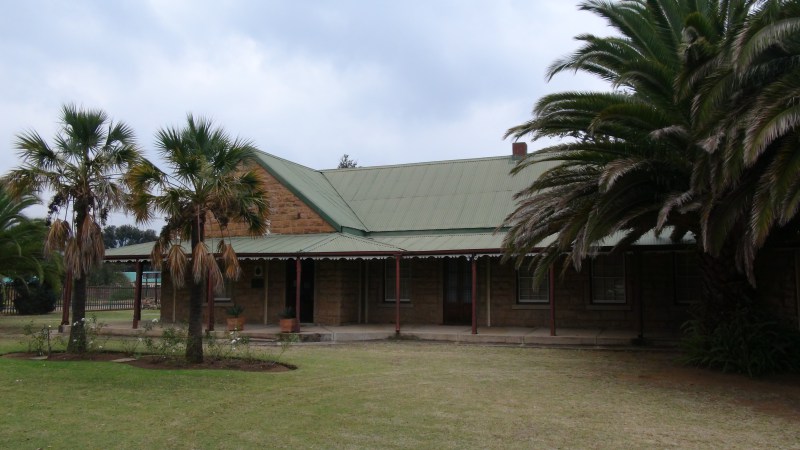 This charming sandstone building on the corner of Kerk and Loop Streets, in  Utrecht is now a... 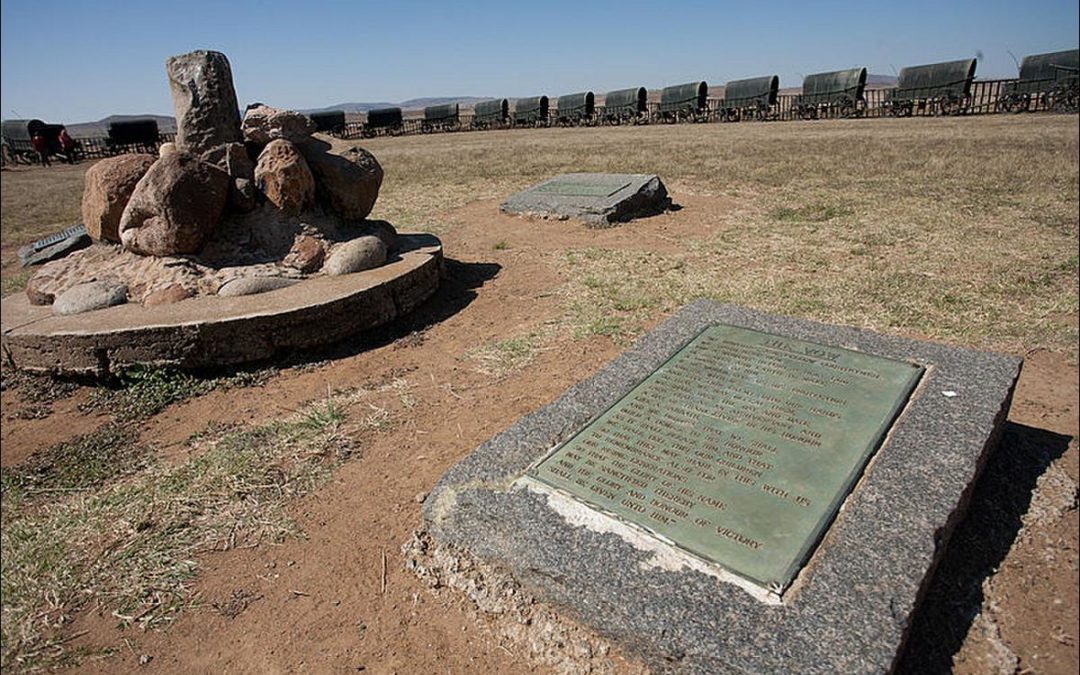 The new Blood River-Ncome Museum was designed by Hannes Meiring in 1996 and depicts the battle of...